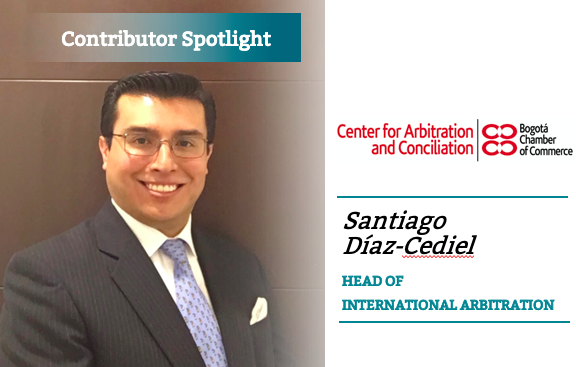 My background is in public international law and inter-State dispute resolution.  As an International Lawyer, I practiced at both the public and private sectors, including tenures in the Executive branch, the Judiciary and diplomatic posts, as well as in private practice (law firm) and in Academy, before moving to one of Latin America’s leading arbitral institutions.  Dually trained in a civil law and in a common law jurisdiction, I worked in the negotiation of dispute settlement chapters of several bilateral and multilateral treaties, State-to-State litigation, international business and economic law, and in the examination of the first actio popularis of unconstitutionality filed by a sitting Head of State against an international dispute settlement treaty.  Through my international law experience at a Foreign Ministry, at a State’s Highest Court and in private practice – which I have combined with teaching – I have developed an in-depth understanding of the comparative advantages of international arbitration vis-à-vis ordinary proceedings, as well as of the challenges that cost-effective proceedings demand in today’s world.

The Center for Arbitration and Conciliation of the Bogotá Chamber of Commerce (CCB) is one of Latin America’s oldest and leading arbitral institutions.  CCB is located in a privileged location in the heart of the Americas, in one of the most important business hubs of the region, and easily accessible through one of South America’s best-connected airports.  CCB administers international arbitration cases in the three main languages of the western hemisphere: Spanish, English and Portuguese.  A percentage of CCB’s international arbitration proceedings are conducted outside Bogotá, although the majority of cases hold hearings and meetings at CCB’s state-of-the-art arbitration building in Bogotá’s financial district.  Cases range from commercial contracts to great infrastructure (construction) projects and include foreign investment and societal-control disputes.  Parties hail from North America, Asia, Latin America, Europe and Asia – in fact, many of the cases share no connection to Colombia as to parties, their representatives and/or applicable law.  In 2017 only, roughly 470 (domestic and international arbitration) proceedings were instituted.  CCB administers proceedings under both its own Rules of Procedure for International Arbitration and under the UNCITRAL Rules.  One of CCB’s institutional priorities for 2019 is to foster a continued dialogue between the Judiciary and the arbitration community in Latin America.

What is the advantage of being a contributor of DRD data?

There are a number of advantages.  Access to data sets and relevant statistical information encourages better decision-making not just from arbitrators, counsel and parties, but also from arbitral institutions. It is often said that the more (information), the better.  As one of the western hemisphere’s premier neutral venues for international arbitration and a well-known exporter of “know how” to other arbitral institutions in Latin America, CCB is highly committed to promoting wider understanding of the benefits of alternative dispute resolution (ADR) processes, in general, and international arbitration, in particular. Making reliable data available, while maintaining good data sharing practices, contributes to achieving this wider dissemination goal.  It also helps arbitral institutions to address potential barriers to ADR and to design more personalized ADR training programs.

How will your institution use aggregated DRD data?

Analysis of aggregated DRD data can be used to identify ways to address certain pattern-problems in international arbitration, improve the arbitral institution’s approach to some cluster-specific challenges, and ultimately lead to better and more efficient planning in areas such as ADR training and dissemination.

One of the main priorities of CCB’s International Arbitration Section is maintaining, at all times, confidentiality in international arbitration proceedings.  DRD’s platform allows the ability to preserve confidentiality duties and obligations in international arbitration (within and outside specific proceedings), while contributing to greater access to statistical information in the field, in relevant issues such as case-length and cost-efficiency.  Any arbitral institution can benefit from reducing the time to query large sets of data from different sources, through the use of aggregated DRD data, conveniently available within a single database.

CCB’s alliance with DRD is part of a wider positioning initiative – beyond traditional strategies to demonstrate advantages of ADR – that aims to project CCB not just as a leading administering institution in the Americas, but as key knowledge producer in ADR.  CCB is one of the very few arbitration institutions worldwide to maintain a permanent Knowledge, Studies and Research Department.  CCB not only exports “know how” to other institutions, organizes practical workshops, seminars, lectures, courses and conferences, but actively supports and sponsors a number of academic events in the field with leading international arbitration programs, such as Georgetown University Law Center, Universidad del Rosario and American University Washington College of Law.  The DRD toolkit provides a valuable resource and research service in support of all of these institutional efforts.  CCB is pleased to collaborate with DRD and proud to contribute to its core project!