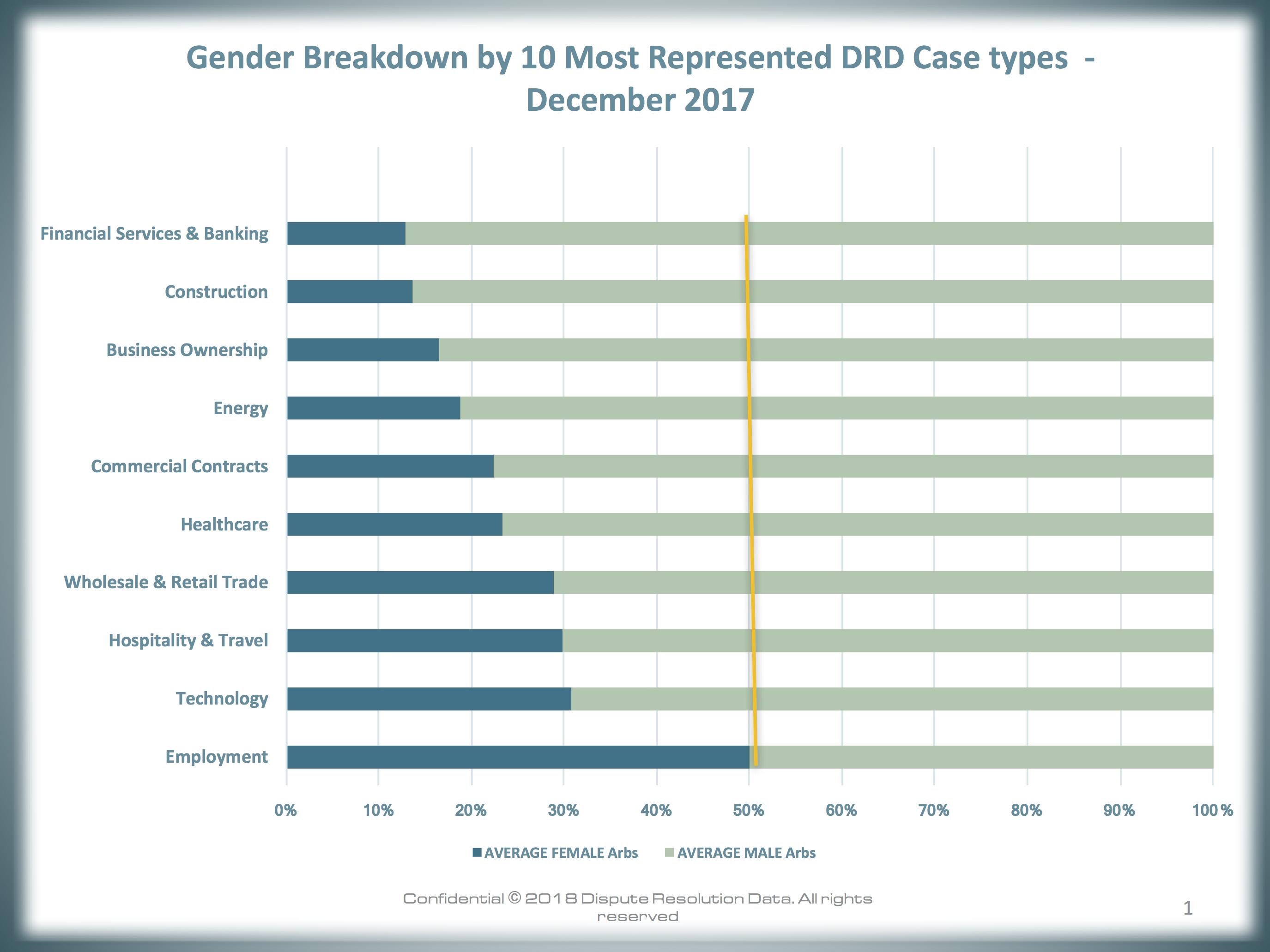 Dispute Resolution Data began collecting data on gender in 2015 around the same time as the Equal Representation in Arbitration Pledge, which now has over 2,500 signatories.

The ERA Pledge is a call for the international arbitration community to commit to increase, on an equal opportunity basis, the number of women appointed as arbitrators.  Many of the signatories are filing cases with the 17 institutions that contribute data to DRD.   What the data reveals is that female arbitrators are selected to serve on arbitration panels at a rate that is dramatically lower than that of their male counterparts.

What can we learn about how employment and technology arbitrators are chosen and how might we imitate their best practices across other caseloads?

As the DRD database grows we will be able to illuminate the gender issue further and track the progress which must come if arbitration panels are to be reflective of the industries they serve.  ~ Debi Slate