What Does the Data Show? 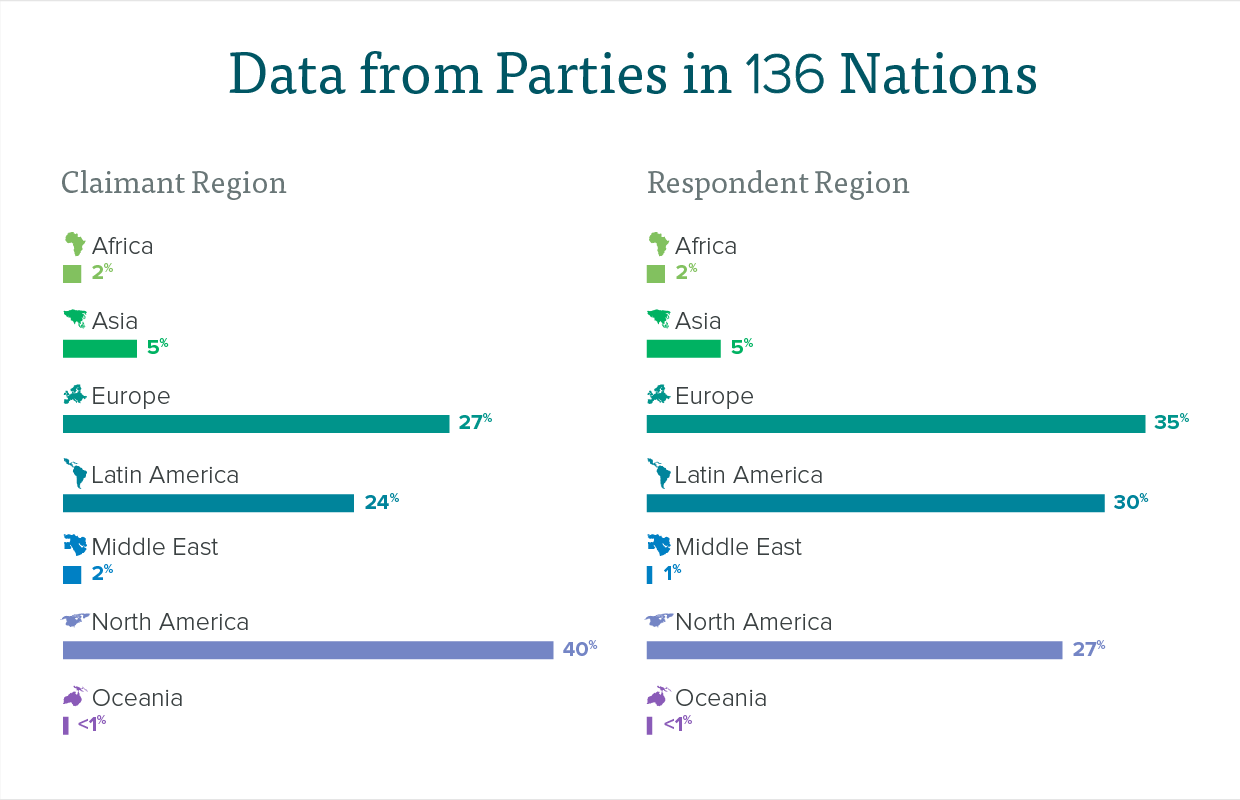 With data in DRD’s database growing monthly--including a 9 percent growth in data contributions from August to September 2016--the database now has over 11,500 data fields reflecting cases from 14 institutions and claimants and respondents from 136 nations.

As the database grows, Dispute Resolution Data’s quarterly newsletter will comment on selected data revelations of interest. The data is not always intuitive. For example, a close look at all cases shows that counterclaims are only filed 16 percent of the time worldwide. Seventeen percent of those counterclaims are successful.

In looking to the future, we also capture data on the filing of Amicus Curiae briefs since some institutions are seeing more “hybrid” cases filed which have elements of both commercial and treaty cases in their make-up resulting in interested outside parties petitioning to be heard.  Data is also being collected on the use of e-discovery and third party interveners in arbitrations.

Lastly, we note that in addition to law school libraries, the data is increasingly of interest to university libraries whose professors and students in many social science curricula are interested in examining processes associated with conflict management, and in researching such questions as “how often do national courts become involved in international commercial arbitrations and mediations?” and “at what stage in the process (of specific types of cases) are the parties most likely to settle?”