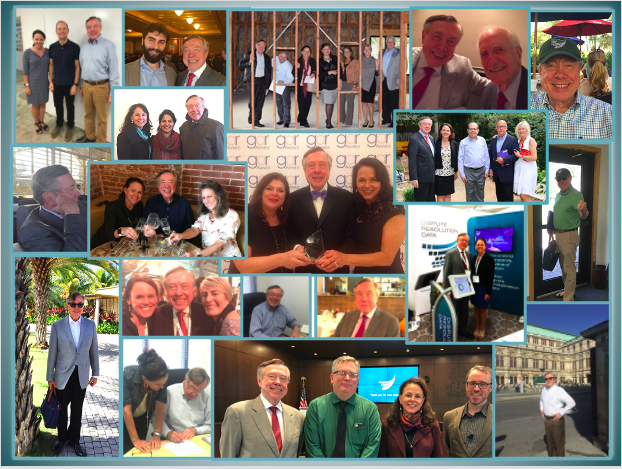 Bill was once asked, “What will be your legacy to the field of arbitration?” “Data” was, and has remained his answer. Bill believes that the study and application of aggregated data can transform the field of alternative dispute resolution.  More than any other of the work he has undertaken, Bill sees this as his most important legacy in the field.

Six years have flown by since Bill and I embarked on a mission to create the first-ever database of closed international commercial arbitration and mediation cases while protecting the confidentiality of the individual parties and arbitrators/mediators.  Now, at this juncture, Bill has decided to formally retire and embrace the next chapter of his life.

Although he will step back from the day-to-day activities of the organization, Bill remains dedicated to DRD’s continued growth.  His commitment to bringing transparency to this field remains strong and he hopes to see Dispute Resolution Data become the “go-to” data resource for all those involved in international arbitration and other forms of ADR.  Bill will remain on DRD’s Board of Advisors and has a book co-authored with Denis J. Hauptly to be released soon entitled, American Justice, A guide to Courts, Arbitration and Mediation, published by Full Court Press.

Bill wishes to thank the DRD team and advisors, the leaders of arbitral institutions, and the many others who have helped him realize his vision. He is grateful for the role each of you has played on his journey through an illustrious career in international commercial arbitration.

As Bill would say… With continuing thanks and every good wish,

* Stay tuned for DRD's announcement of a new CEO soon.