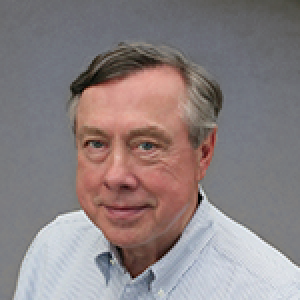 Bill led AAA/ICDR for 19 years. and he has served as both an arbitrator and a mediator. For 12 years he was a member of the UNCITRAL Arbitration Working Group. He founded CAMCA (the Commercial Arbitration and Mediation Center for the Americas) and has been a Visiting Senior Fellow in Negotiation, Mediation and Arbitration at Duke University Law School, and a visiting professor at Seton Hall University Law School, University of Richmond Law School, Virginia Union University, and Virginia Commonwealth University. He has had 46 articles and book chapters published in professional journals and has edited and authorized the filing of 9 amicus curiae briefs on a range of arbitral issues before the Supreme Court of the US and with other state and federal courts. He has delivered over 80 keynote addresses on arbitration and mediation at business and legal conferences worldwide. He is an elected member of the ICCA Governing Council.

At an earlier time, he was an executive in both federal and state courts in the United States and was the Director of a seminal study of Federal Courts in America mandated by the US Congress and reporting to the President, the Chief Justice of the Supreme Court, and the Speaker of the House of Representatives of the US Congress. He is the former Chairman of the Board of the American Management Association, and of Girard College. He was a Poteet Fellow at Wake Forest University and holds a Juris Doctor Degree from the University of Richmond Law School, and an MBA Degree from the Wharton School of the University of Pennsylvania. 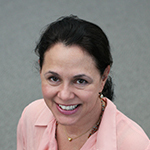 Prior to being involved in mediation and arbitration, Debi had successful careers with Time Magazine overseeing sales operations of 135 employees and in commercial real estate development in California. She was the founding Director of the South Carolina Council for Mediation and a National Vice President for Online Services with American Arbitration Association, where she oversaw a two-state mediation initiative for homeowners in Louisiana and Mississippi following Hurricane Katrina. She is trained as a mediator, and she is a former board member and editor of publications for Arbitral Women. She holds a B.A. from the University of South Carolina and an M.B.A. from the McColl School of Business, Queens University.

Josh Walton has been working as Dispute Resolution Data's software developer since July of 2016. Prior to joining DRD, Josh worked at SPARC as a Junior Software Developer for over 4 years and prior to that as an intern at SPARC. Josh's forte is Web Application Development in a highly agile environment and is also well-versed in Mobile Application Development. A 2011 graduate from the College of Charleston, Josh earned a Bachelors of Science Degree in the field of Computer Science. 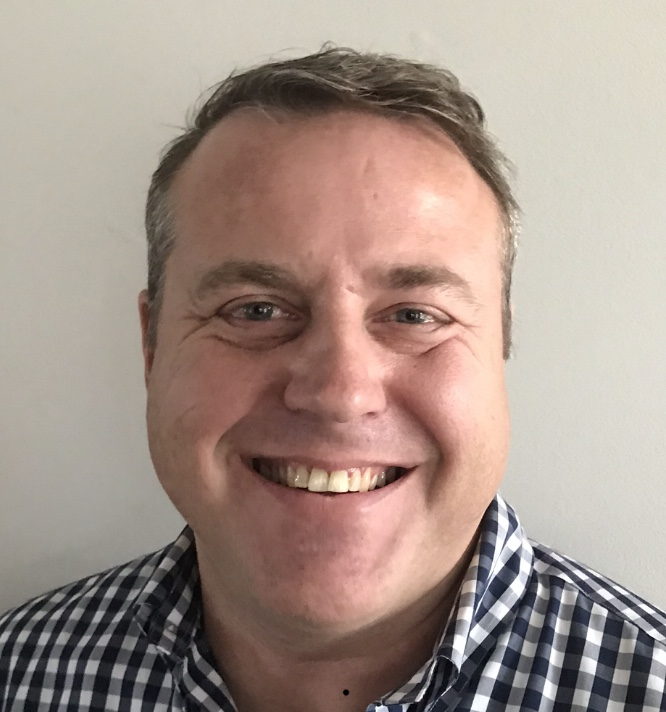 Nick brings 14 years of sales and business development experience to Dispute Resolution Data in his role as Sales Director. Having had great success in New York City where he oversaw a team that funded and published niche reports in the Wall Street Journal, Washington Post and USA Today, as well as, in Charleston, South Carolina with Blackbaud (in both the Sales and Legal Departments) and then at Advantage|ForbesBooks - Nick’s sales management skills, coupled with his law degree, provide seasoned leadership. He received his B.A. from the University of Mississippi where he was a varsity athlete and his Juris Doctor from Mississippi College School of Law. Nick is also fluent in French. 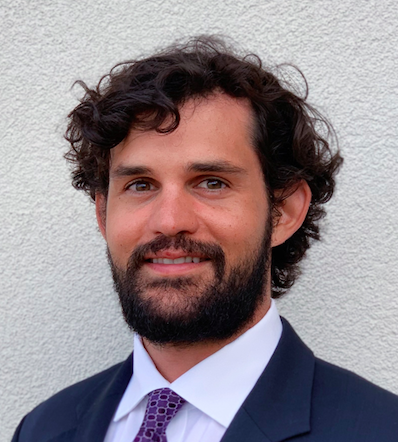 Prior to joining DRD as an International Arbitration Liaison, Holden held various management positions where he was responsible for developing/implementing sales strategies while overseeing the management of daily operational needs. He has a multitude of mentoring/leadership experience through his environmental technology involvement in NOLS (National Outdoor Leadership School), as well as, through his certifications in CPR, Lifeguarding, Wilderness First Aid and Wilderness First Responding. Holden is a graduate of Appalachian State University with a B.S. in Appropriate Technology and is bi-lingual in Spanish. 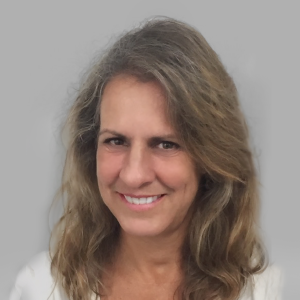 Natalie is a "hands-on / do-whatever-it-takes" team member that helps DRD in the areas of sales, customer relations/administrative support and website editing. In her early career, she worked as a national television buyer and media planner. After relocating to Charleston, she helped start up multiple businesses, has been integrally involved in a broad range of civic activities and continues to serve on various community boards. Natalie has a B.S. in Advertising/Marketing from Syracuse University. 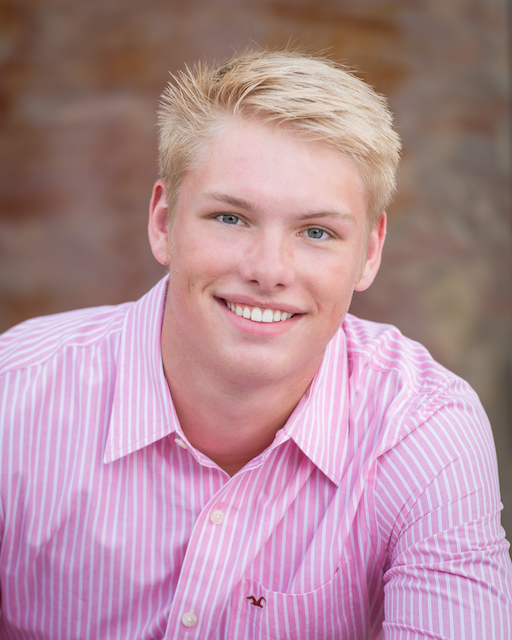 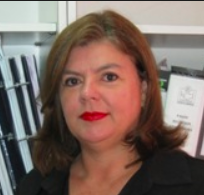 Diana Droulers is a lawyer and arbitrator from Caracas, Venezuela who has vast experience in the creation and management of arbitral institutions worldwide. Diana has overseen more than 600 arbitration and mediation cases, and holds leadership positions on a number of advisory boards and arbitral interest groups, including ICC International Court of Arbitration, International Federation of Commercial Arbitration Institutions (IFCAI), the Advisory Board of the Institute for Transnational Arbitration, the Board of Directors of Arbitral Women’s Group, and The Spanish Arbitration Club. She was the Executive Director of the Arbitration Centre of the Caracas Chamber of Commerce, which she founded in 1998 and led until April 2015. Diana brings her cross-cultural insight to bear as DRD’s Latin America Advisor and helps ensure that DRD is recognizing and meeting the needs of arbitral institutions and data subscribers globally. 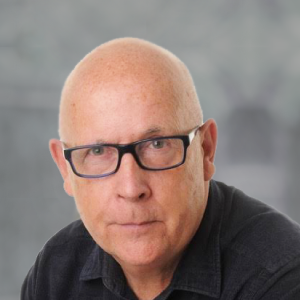 Adrian Winstanley is an English solicitor with 20 years’ experience in international commercial arbitration and mediation. He has served as the Registrar and Director General of the London Court of International Arbitration (LCIA), as well as a member of the Clifford Chance arbitration team. Adrian has extensive experience overseeing the administration of many hundreds of arbitrations, mediations, and adjudications from a wide range of industries and jurisdictions. He played a pivotal role in the establishment and operation of DIFC-LCIA (Dubai), LCIA-India (Delhi), and LCIA-MIAC (Mauritius); in the process acquiring valuable insight into commercial arbitration in the Gulf, Asia, and Africa. Adrian is a member of the LCIA Court; was a member of its Board for 15 years; and has sat on the Board of the International Dispute Resolution Centre (IDRC), one of the world’s leading arbitration hearing facilities, since its foundation in 1999. He was Secretary-Treasurer of the International Federation of Commercial Arbitration Institutions (IFCAI) from 2000 to 2009, and a Vice President of IFCAI from 2009 to 2013.

Adrian retired as LCIA Director General in June 2014, to pursue a career as ADR consultant, arbitrator, and mediator. He brings his rich experience to DRD as the team’s European Advisor and helps ensure that DRD is meeting the needs of arbitral institutions and data subscribers in Europe and beyond. 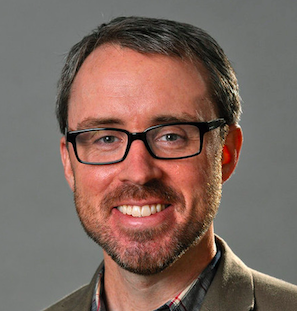 Brian Canada, Ph.D., has been serving as a data analytics consultant to DRD since 2017. He is a tenured associate professor of computational science at the University of South Carolina Beaufort (USCB), where he teaches courses in programming, web development, database management, and high-performance computing. He is also the faculty advisor and founder of the USCB Chapter of the Association for Computing Machinery (ACM).  He also serves as USCB's resident liaison to the Beaufort Digital Corridor, an extension of the Charleston Digital Corridor. For his efforts in the classroom as well as in service to the community, Dr. Canada was recognized as USCB's Professor of the Year for the 2016-17 academic year.

In addition to his expertise as a data analyst, Brian brings to DRD more than 15 years of experience as a freelance graphic designer, which underlies his strong passion for data visualization.

Recently DRD entered into a sales and marketing partnership with world-renowned publishing company Wolters Kluwer.  Both companies acknowledge the positive and strengthening aspects of combining their respective talent and property.

Booz Allen Hamilton (previously SPARC) was the application developer for Dispute Resolution Data.  BAH is well versed in the entire software development lifecycle, as well as with launching startups. The team is headquartered in Charleston, SC. 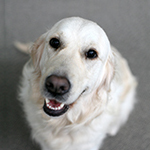 As a British Golden Retriever, Violet (aka Data Dog) is the mascot of the DRD application DEMO environment - a place where data contributors can practice entering data before moving to the live environment.