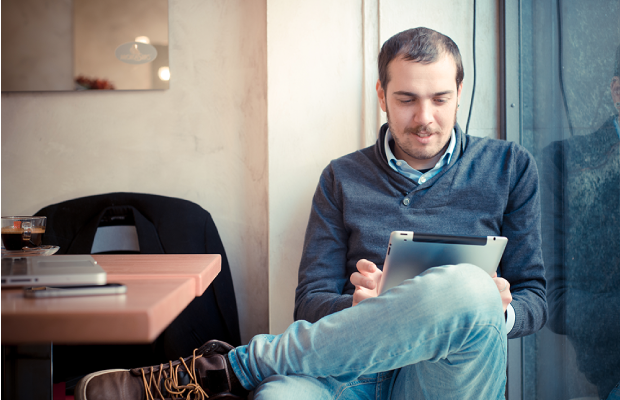 Situation: The General Counsel of a Mexican Claimant in a high-value commercial contracts arbitration that has been underway for several months believes that there is an opportunity to settle the dispute by negotiation or mediation, and bring the arbitration to an end before the financial and opportunity costs escalate any further. He instructs his external attorneys urgently to produce a brief on the pros, cons and options of seeking settlement at this time.

The arbitration is seated in New York with a three-member tribunal.  The Respondent is a German company.  In order to be able to negotiate from a fully informed position and with maximum leverage, the Mexican client wants data on settled arbitrations versus awarded arbitrations in Latin America, North America and Europe, to compare the outcomes that the parties might anticipate in their home jurisdictions and at the North American seat of the arbitration.

It is the weekend and the Associate designated to draft the briefing note is at his out-of-town home, but has access, on the DRD database, to all the data he requires without the need to travel to his office, including: 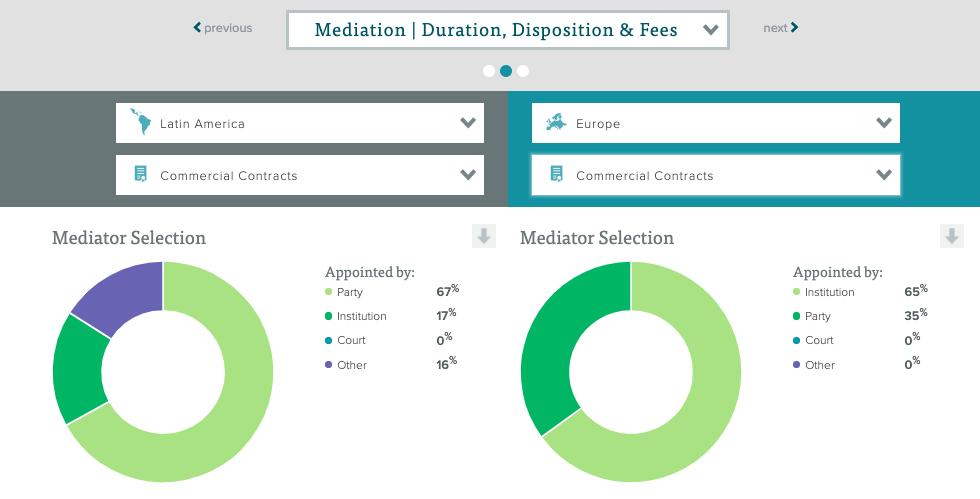 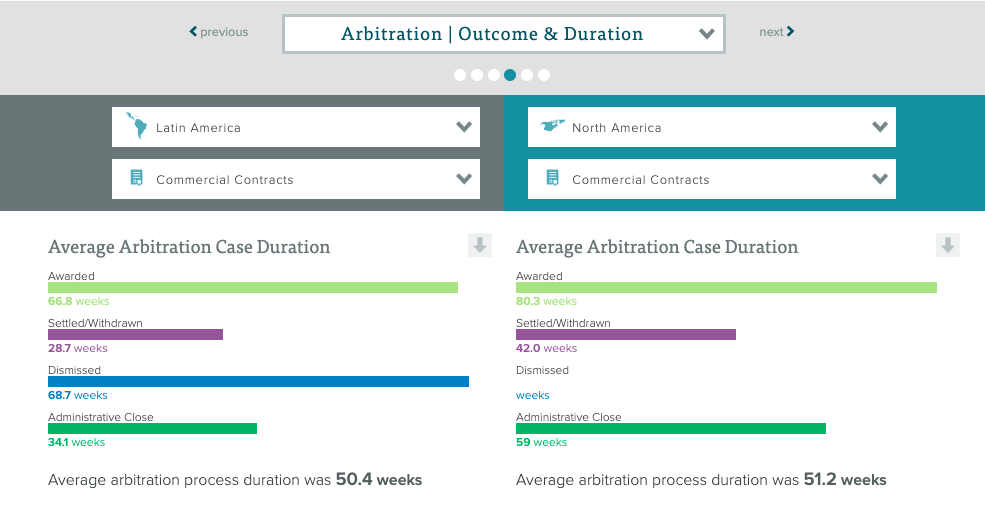